Have I Got PPI? | PPI Claims > Our Blog > General > The Great British PPI Scandal 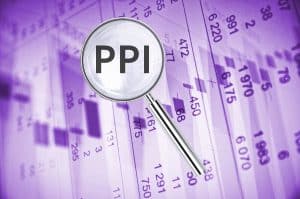 Payment protection insurance (PPI) is a type of personal finance insurance designed to cover the payment on loans should a borrower be unable to due to changing circumstances. At its peak PPI sales generated an estimated 5 billion in revenue with over 20 million policies in force (source). The large banks were adding an extra 30 percent to the cost of certain unsecured loans. To put this into perspective, a 5-year unsecured loan of £10,000 with Nat West would cost a customer an extra £3267.00 in PPI. PPI was, without doubt, a veritable cash cow for the banking industry.

A report in 2015 found that among the general UK public the overall understanding and awareness of PPI was surprisingly high. When asked the question “Are you aware of any of the following insurance products? “Seventy-four percent of respondents said they were, second only to mobile phone insurance in terms of knowledge (source). This might seem surprising but bear in mind that this was after significant adverse publicity regarding PPI mis selling. Back when the PPI scandal was evolving the reality is that very few people were aware of the extortionately high levels they were being charged. In fact, in a significant number of cases, many people were unaware they were even being charged for PPI. It was this lack of understanding that the banks took advantage of, and what caused the authorities to take action and force the banks to return the payments plus interest to customers.

This was further emphasised in a speech given by Stephen King head of market intelligence and retail themes at the Financial Services Authority (FSA) in which he stated “evidence reveals that the controversial insurance has not been sold correctly over a prolonged period in a number of cases. (source). Apart from being extremely overpriced, the success rate for claiming in PPI when required was also meagre. Put simply, PPI from twenty years ago was a poor financial product for the consumer, balanced very much in the provider’s favour, and responsible for making the banks huge profits during that period in banking history. Significant fines have been issued by the FSA to banks found guilty of treating customers unfairly.

The history of the financial industry is littered with various products that have been wrongly sold to unsuspecting customers, but there has been nothing as widespread as the PPI scandal. Although vast majorities of money have been recovered, it is important, essential even that the industry learns from these mistakes and steps are put in place to prevent similar situations from occurring in the future. The statistics make staggering reading:

• In 2005 there were an estimated 20 Million live policies

• Between 6.5 and 7.5 million policies were being sold annually

• Over the last 20 years, estimates are that over 50 billion policies have been sold. (Source)

The concept of PPI certainly has merits, and in theory, the insurance may well be a valuable form of protection for certain people. There will no doubt have been numerous individuals who had the benefits and costs of a policy explained fully to them, and made the conscious decision to take advantage of the product. Unfortunately, recent evidence would tend to demonstrate that those customers were very much in the minority. The vast majority of people who purchased PPI were either unaware of the exorbitant costs or did not fully understand what they were signing up for. Alternatively, they were sold a policy for which they did not qualify, or in the worst case, were not even informed that they had agreed to in the first place.

In their drive for profits, the large financial institutions put their own interests in front of their customers, creating one of the biggest British financial scandals ever. Indeed, the effects of the PPI situation are still being felt, and are likely to continue for many more years to come.

As with all financial products, it is important for the customer to, at the very least have a basic understanding of what they are agreeing to and to read the terms and conditions carefully before committing to any purchase. For those people who at least knowingly signed up for PPI without spending 10 minutes to read the small print, this could and quite possibly did turn out to be a very costly mistake. The moral of the story is, don’t spend your money unless you understand and are happy with the product you are buying. 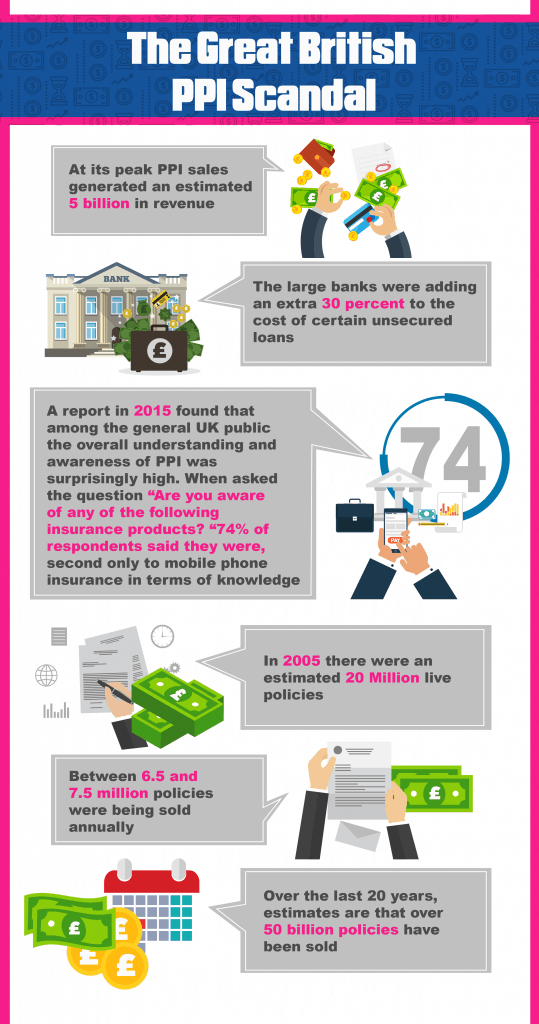